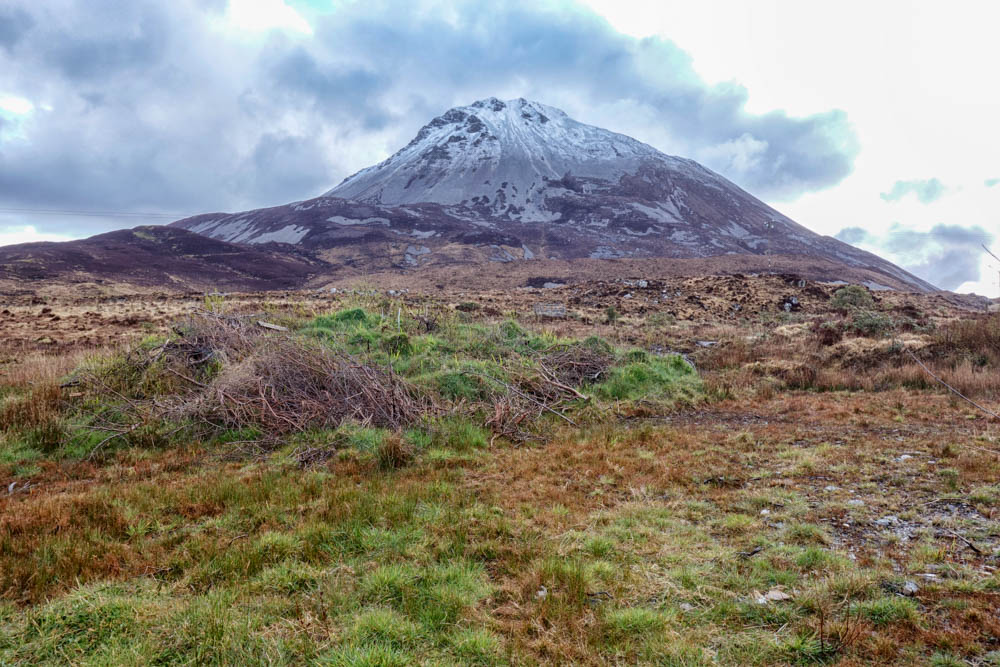 The forecast all week had been not to promising for the weekend ahead and was the main topic of concern on the Friday evening as we all met up, I remember waking up in the middle of the night with the rain lashing off the windows but as we all gathered for breakfast it was all fairly clear weather wise and the misty topped Errigal also had a light dusting of snow on it’s summit.

This was my first trip to the iconic mountain and was the highest peak I’d climbed for many a year so I was a bit apprehensive as we set off but excited by the prospect of the climb. After a quick debriefing we all set off in the various cars to the start point and the views of the mountain as we approached were pretty awe inspiring. 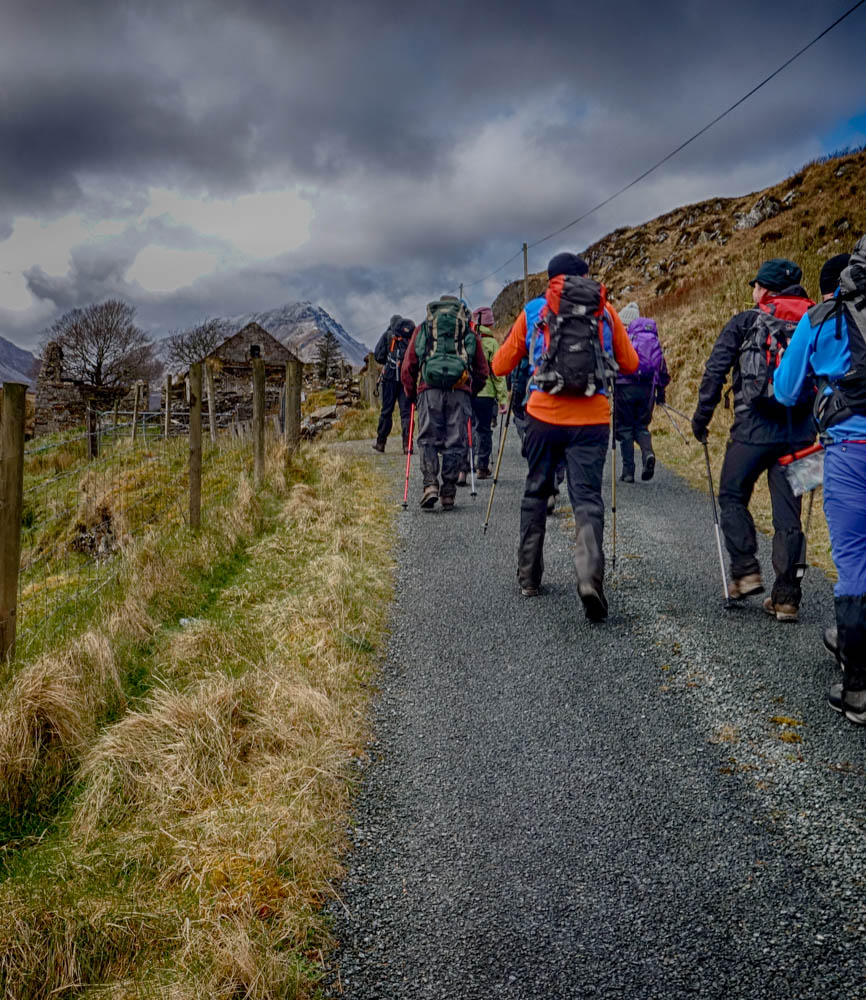 Now! Donegal is renowned for its peat bogs but the the first part of this walk although over damp ground wasn’t the worst and we made good time up the steady climb at the base of the north face, we had a few stops on the way up until we met the steep scree slope which after getting used to I found quite good fun ascending it, we all stayed fairly closely packed as there were 26 of us and a lot of different fitness levels.

It was good to regain our footing on solid ground again this time we were faced with the fantastic natural rock formation called ‘The Window’ which took a bit of organising to get us all through but as we waited after going through it was time to admire the fantastic views that were opening up before us, as the day although cool was staying very good with incredible visibility. It wasn’t long before we reached the first summit and then it was just a matter of down the trail known as ‘One man’s pass’ and then up to the peak at 751 meters above sea level. The views from the top were stunning, we were very lucky to have clear skies and visibility as far as the eye could see. 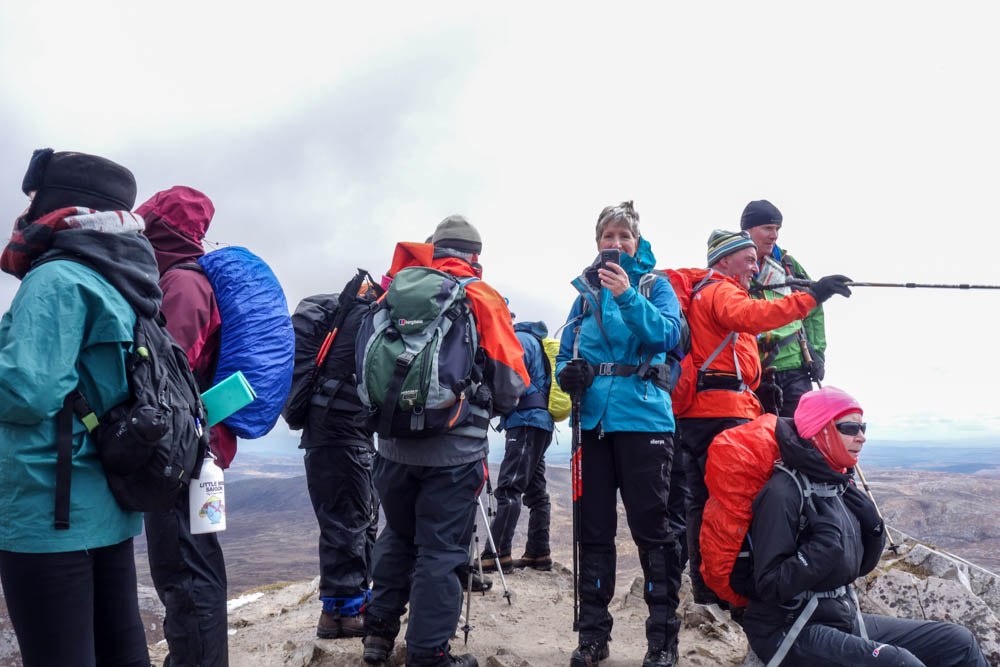 Then started the long walk down as we were doing a loop that took in another mountain ‘Mackoght’ or wee Errigal as it is known to some, all in all it was splendid days walking made all the better by the fine weather we had en-route, a very memorable day. 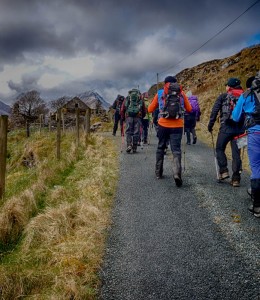 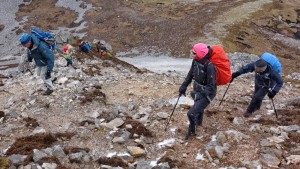 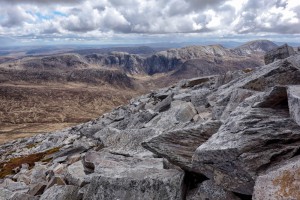 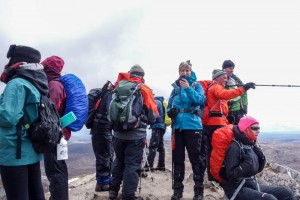 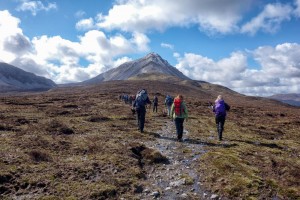 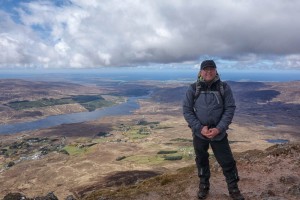 Time for a quick snap 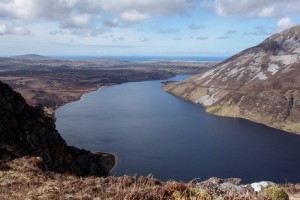 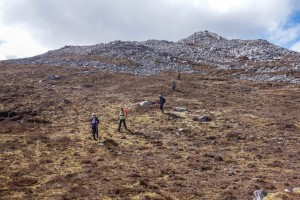 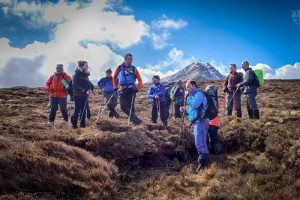 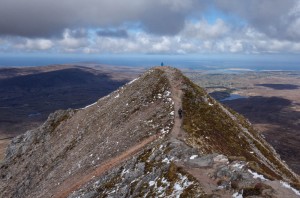 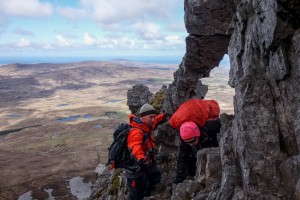